In your search for the right network set up, you might have to choose between a gateway and modem as they are both popular and well-rated in the market. Which one performs better between the two?

Beyond router systems and range extenders, two of the most sought-after networking devices are gateways and modems. They both offer unmatched benefits once you connect them to your network. A gateway for instance works as a buffer between connected users and the internet connection. It does this by analyzing the flow of traffic for any malicious content or non-compliance with policy guidelines. Modems on the other hand are translators and transmitters between internet-connected devices. Wireless modems transfer data signals from different channels.

While there are many commentaries and testimonials on this networking devices, this article is an in-depth analysis of both. It gives an overview of both gateways and modems to help you choose between the two. After all, they do have a lot going on for them but having both devices connected to your network could be quite the overkill.

What are the differences between a Gateway and a Modem?

Gateway vs. Modem – A look at how they differ

Accurately known as a modulator-demodulator, modems basically do the translation of data signals between an internet service provider and connected computer. It does this such that data is more ‘computer friendly’ for an even enhanced performance. While modems usually come in small sizes, its performance as a digital translator is quite high-tech.

Gateways on the flipside offer a secure connection between connected devices. To add, gateways are often referred to as a modem and router combined given the performance they offer.

Gateways come in a wide range of designs. However, most security gateways come with common features cutting across. For example, the Ubiquiti Unifi Security comes in a fan-less design and is a good fit for environments like offices that require silence for proper working.

Modems on the flipside, also have widely varying designs. Digital modems for instance, come in small and modernized sizes making them easily blend with wherever you have them. You can also get rather bulky modems that are specifically designed for complex environments.

A gateway is a networking device that works just as its name suggests. When installed between two networks, it often acts as a “gate” between them. While there are dedicated gateways like Zyxel Unified Security Gateway and Ubiquiti Unifi Security Gateway, a gateway can also be a router, server or firewall. Simply put, a gateway can be right about any networking device that controls and manages the traffic flow between networks.

This article has given an overview of security gateways as they are well-reviewed and one of the most sought after devices in the networking industry. While gateways may be built-in with a network, they usually come as a separate node in itself like those mentioned in this guide. The Ubiquiti Unifi Security Gateway for example enables the traffic flowing in and out of the network. Gateways can also go ahead and translate data as received into a “computer-friendly” format that can be understood by the connected devices within the network. 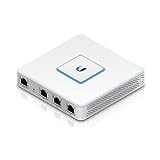 Sold together with a remote control device and a Unifi Cloud Key, the Ubiquiti Security Gateway is a notable networking device by Ubiquiti. Once connected with your with your system, this gateway offers a reliable and stable routing option. As for its performance, it comes with 3 Gigabit Ethernet ports. It can deliver on up to 1 million packets per second for the 64-byte packets.

It is also rather cost-effective and armed with proper security features. The Unifi cloud key comes in to ensure that your local network security is not compromised even with many connections. If you are tech-savvy, you can also use the CLI management to further customize and monitor your system. To add, this gateway has a compact design and it works in near silence thanks to its fan-less design. 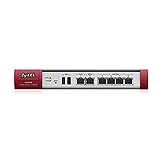 Referred to as the Zyxel Next Generation, this is a security gateway that has all the features that shine through with such networking devices. First, it comes with 4 LAN and 2 WAN ports. This makes it a great fit for homes or offices. It can deliver on speeds of up to 1000Mbps.

Zyxel Unified Security Gateway also comes with a robust security system. With the secure VPN, you can be assured of protected connectivity between the connected devices, clients and sites. To add, the Zyxel Security Gateway comes with a top-notch security software that is free for the first 30 days. Powered by TrendMicro, Zyxel has a security software that protects against malware, viruses and spam. It also works as intrusion detection and content filter.

Sold at a reasonable price, the Verizon FiOS is another gateway that comes in handy for a number of reasons. First, it offers up to 800 Mbps that is enough for all kinds of tasks like online gaming and HD streaming. Verizon FiOS also offers up to 325 feet coverage around the area you place it in. This gateway also comes with Beamforming technology and 4 antennas that boost the overall performance of your router. For faster data transfer speeds between connected devices, the technology designed with Verizon FiOS makes it possible.

A modem is a networking device that can be used to deliver on stable and reliable Wi-Fi signals between connected devices. While a modem can also work as stand-alone devices they often require a router for internet connection to multiple devices in the same area. The Wi-Fi connection is also fast on modems. The Motorolla MB7200 for example can deliver up to 450Mbps and the Netgear CM500 modem works with cable plans that are up to 300Mbps.

Keep in mind that when it comes to cable modems, you can either go for a rental from your internet service provider or go for your own purchase. To save you the monthly costs and also an old model that will likely be frustrating to handle, here is a look at three quality modems that you can purchase for your home.

The Motorolla MB7220 modem is a networking cable device that is certified by Cox, Comcast Xfinity and Time Warner Cable among others. It offers impressive speeds of up to 343Mbps which ensures a fast and stable internet connection.

While this particular model does not have a built-in wireless router, other Motorolla models like MG7315 do come with a built-in router for an even more inclusive connection. . It also only works with cable internet service like Brighthouse and the aforementioned cable services. It is still good value for money with its modern, sleek design and two-year warranty.

Compatible with all cable providers ranging from Cox to Spectrum, the Netgear Modem CM500 is a quality option for household use. It works with plans that can deliver up to 300 Mbps. It is also compatible with all Wi-Fi routers if you need it to offer wider wireless coverage.

Pointer: It is not compatible with any bundled voice service, CenturyLink or Verizon among others. 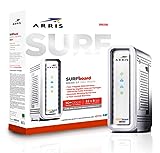 This is a cable modem that comes in white and DOCSIS 3.1. It also works with Spectrum, Cox and Xfinity among other cable plans. With the ability to deliver on up to 1Gbps, this is a reasonably priced modem that is great value of money. It also comes with two Gigabit Ethernet ports that deliver on fast wired connections as well as link aggregation.

When setting up the ideal network system for your home or office, you need to scrutinize all the networking devices in the market. This article has analyzed Gateways and Modems that are often used together. However, if you have to settle for just one, consider going for a modem as it has added features compared to gateways which simply act as a ‘gate’ between two separate networks.

Yes. The gateway offers some kind of ‘gate’ while a modem works as a translator of Wi-Fi signals. Together they make the ideal network system.

Depending on the manufacturer, gateways and modems can either be dual or tri-band.